Solid Rock Brewing is a craft micro-brewery in the Texas Hill Country. When I contacted the founder they were already producing beer in kegs to local establishments. Their brand identity had existed for some time and was being used on tap handles. When their bottling line system was acquired they needed help getting their preliminary design for a six-pack carton to press–here is where I stepped in. By using color and typography I was able to unify the “look” yet differentiate the beer styles. I then “married” the bottle labels to their original design. All pieces had to meet strict Texas Alcohol Beverage Commission requirements. Filming commenced for a video that unfortunately was never completed due to a buyout, however the b-roll and interview tests have been included as a sample below. 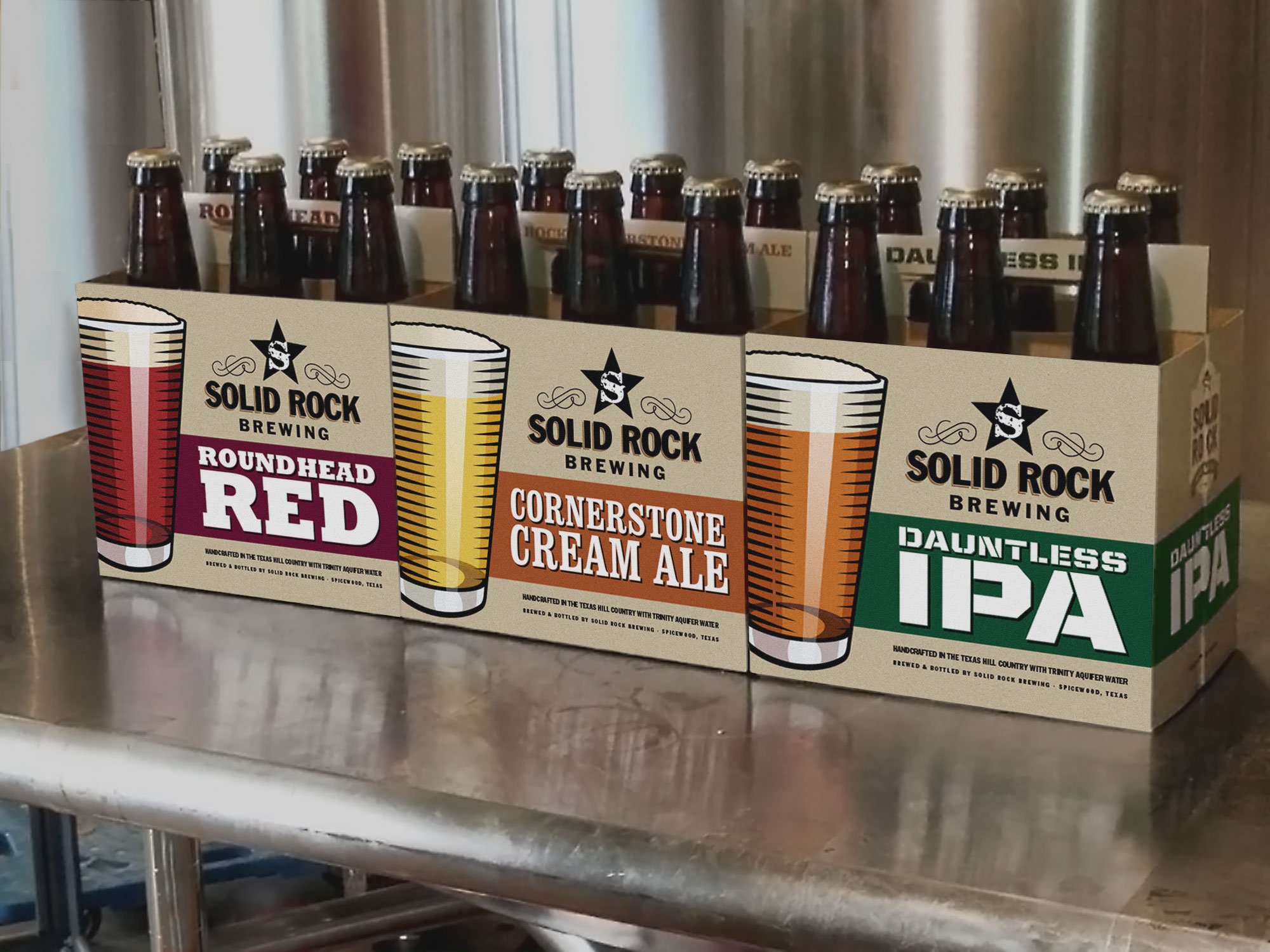